Having been a working guitarist from age 16, Tom’s core musical love is playing guitar. After the years of performing with the North Texas Lab Bands, he studied with, and was befriended by, guitar legend Johnny Smith, while Tom was a member of the Air Force Band in Colorado Springs. Then the decade of the 1970s found him having the unique and extremely valuable experiences of sitting next to the greatest guitarists in the world on studio sessions in Los Angeles. He has written 6 books of guitar and is an advocate of jazz guitar, often times paying tribute in concerts to jazz great, Wes Montgomery. 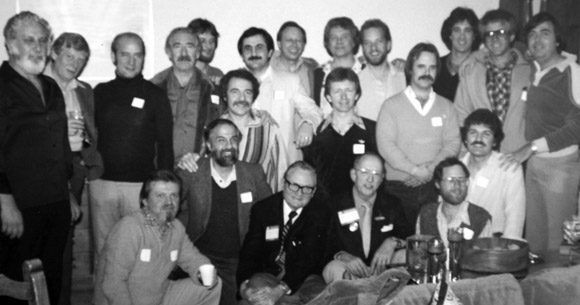 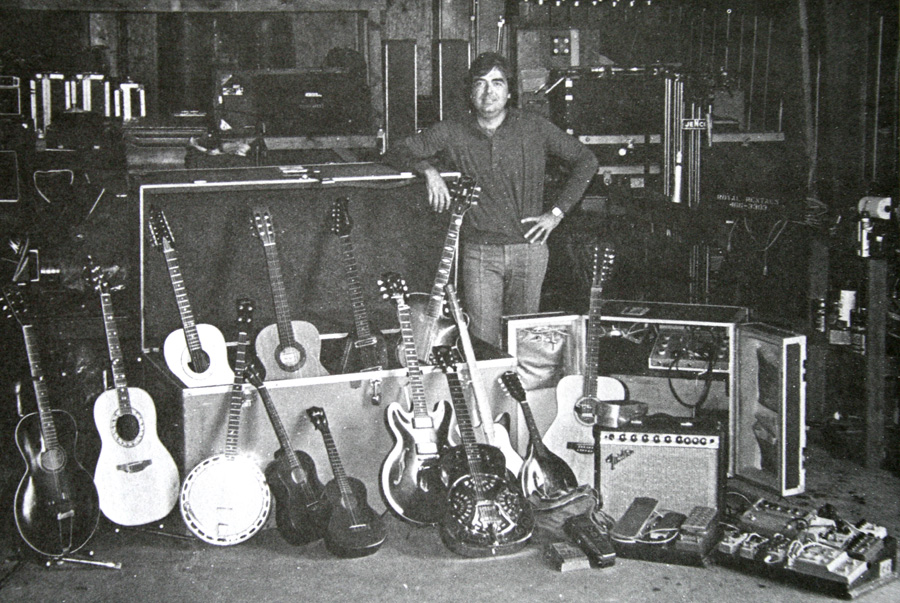 Tom at his cartage company with his studio guitars and trunk 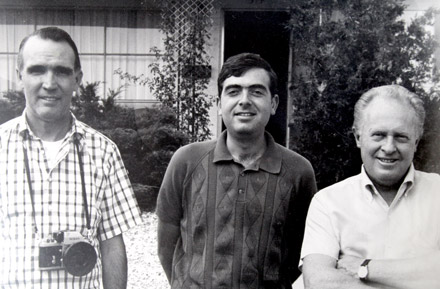 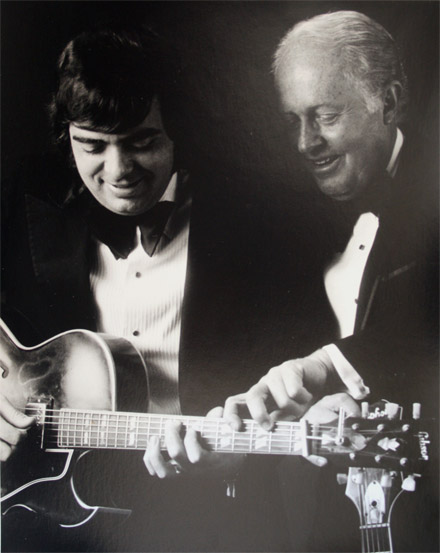 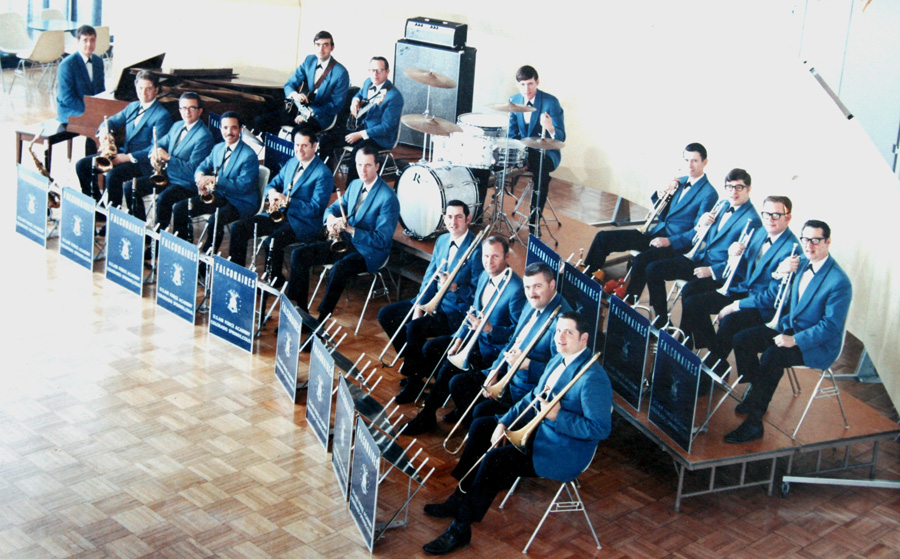 Tom while with the United States Air Force Academy Falconaires